Returners On The Red Carpet

With The Oscars over for another year, and the great success of the likes of Frances McDormand and Alison Janney, I’m thinking about actors who started later in life or after a career break. I am a sucker for returners – for a reinvention. Cinderella and Calamity Jane are two of my favourite characters. 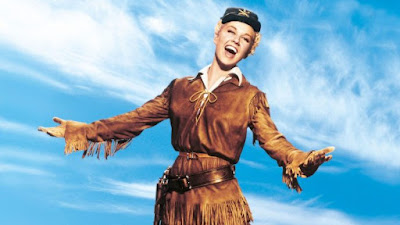 In real life, after time out, maturity and perspective can lead to stratospheric success. Think Teri Hatcher in Desperate Housewives. She came to it after six years out of the industry. She famously announced at the Golden Globes that she had considered herself a ‘has-been’.

Michelle Pfeiffer has just taken four years out. I love what she says in this interview. It’s so relevant for a relauncher in any career:

She is more available so she enjoys it more.“I’m a more balanced person honestly when I’m working,” she said. “I really want to work now, because I can.”

She suffered from Impostor Syndrome. When she came back and filmed Kenneth Branagh’s Orient Express she felt that was that she was “ruining” it. What? Michelle Pfeiffer of the piano scene in The Fabulous Baker Boys? Triple Oscar nominee? The fears persist; we just have to acknowledge them and keep moving.

She didn’t start from perfect. “I didn’t come from Juilliard. I was just getting by and learning in front of the world”. We just have to be out there as relaunchers, if we stay at home worrying about our CV being perfect we are giving ourselves NO CHANCE to be noticed.

This lady is my favourite Hollywood relauncher: Kathryn Joosten was a nurse and didn’t get her big break until she was 60. A mother and psychiatric nurse for years, she heard her mother confess on her deathbed that she “regretted not having pursued her dreams,” Joosten then signed up for acting classes at age 42 in order to pursue her own. She ended up on The West Wing at age 60. Joosten went on to win an Emmy, again in Desperate Housewives, before her death in 2012. Here she is, pictured in the middle of the Wysteria Lane minxes.

“Is it possible?”, asks Rob. “Absolutely. Anyone can have a career at any stage of their life”

Adler’s student Rob Putansu, who began acting at age 55, arrived in LA at 59 (after a career in airlines) describes what motivated his change of direction.

I wanted, since I was a teenager, to be an actor and I wasn’t getting any younger. They [the naysayers] were measuring dollars and cents. I was measuring sanity, love and a knowledge of what I truly wanted to do for years……My no.1 goal: “I will not look back and say I wish I had”.

The whole article is here and it’s brilliant; it has so many parallels with what we all face coming at the next stage of our career after time out.

Think of your relaunch like you are going into one of those amazing character roles that move you. Maybe not the ingénue ones. Your experience is rich and you are vibrant after having a break, once you get your mojo back.

Enjoy the 2018 Oscars and the dresses. #metoo might mean we don’t see as many colourful gowns this year but it still should be a good watch. My first ever Comeback Girl podcast was with TV actress Claire Goose; listen as she shares candidly on the compromises, disappointments and tough choices of the acting life.

One final thing; I’ve got an actors’ tip for your interviews or any meeting you have: school teacher, doctor, anywhere where you need to command some presence. It’s called Big and Slow. Instead of racing into a room, looking purposeful at best or hassled at worst, take your time. Walk painfully slowly with a veeeerrrrry straight back. Have the slightest hint of a smirk on your face; like you know something everyone else should. Don’t talk. Do it everywhere – on the school run; walking to order a coffee. Let me know how it works for you.

Career Wisdom to Your Inbox

I’m a recruiter, a mother by gift and an encourager by nature. Having taken several years out of my career after having a family, I started this blog to help encourage others.