What is the trick to enduring the uncertainty of time out from your career? Ruth Reynolds tweeted she was on career break, looking for a job. Moth to a flame, I wanted to know: what was she thinking, doing? Where did she want to go if she even knew?

Cue forward six months and Ruth announced her job in the House of Commons, her dream HR role. She made a conscious decision to leave a well paying management role that had become detrimental to her health and well being. Go Ruth!

“When I left my job in October 2017 I had no idea that I would re-train for a career in HR, I would be unemployed for a year or that it would take a further year to achieve the role I really wanted”.

I had never (pursued an HR career) despite always enjoying the HR component of my line manager roles. I researched the skills needed and realised I had a long list of transferable skills.

I did the CIPD Qualification to prove my commitment to this new career path. Despite this huge personal investment  I was considered too experienced but underqualified at the same time.

I’m stubborn which helped a lot!

I considered many times cutting out achievements from my CV and trying to dumb myself down to be considered . My natural passion and ambition shone through however and actually that matters more.

Ruth crusades for mental health. She knew she needed a survival strategy for the job search.

Motivation is absolutely key to write another tailored application, to ring another agency, to join another webinar, to keep telling yourself you will find a job.

My wife was my main motivator. I knew that I had the skills to work in HR and support from mentors and my newly found HR Twitter family really helped.

Keeping active became really important: morning walks, starting the Couch 2 5k running programme. This got me out the house, gave me a sense of achievement and boosted my wellbeing. Volunteering at the Food Bank once a week brought me into contact with different people, enhanced my listening skills and forced me to question my own unconscious bias. This can be an incredibly positive move in surviving your career break!

I had a strict routine. I targeted 35 hours a week for the cause: working on my CIPD Diploma, personal development such  as webinars, articles, job applications, trawling job boards and finally networking.

Networking as always is vital

This is just about connecting over similar interests, asking questions and learning about others’ journeys. I connected on LinkedIn and HR related Twitter chats. (#LeadersHour, #SelfCareWeekly, #NextChat, #JobHuntChat, #WorkTrends, #HRHour and #LDInsight). As my confidence increased I extended conversations beyond the chats.

I was amazed at the kindness shown by strangers who gave time to discuss changing career and breaking into HR. This kept me motivated.

I learned more about which applications seemed to generate responses, then

I spent up to 80% of my time on networking. This led to my first interview.

You will grow STRONGER THROUGH THE job search

I learned a lot about myself (though the rejections). I never gave up hope that my job was out there. I’m now moving from L&OD Team co-ordinator to HR Advisor at the same organisation.. I hope that all of my past experiences, both in and outside of the workplace, will enhance the support I give and help improve people’s experience of working with HR.

If you’ve taken an extended career break of your own, take a look at Closing the Gap, an interview script to frame your downtime. 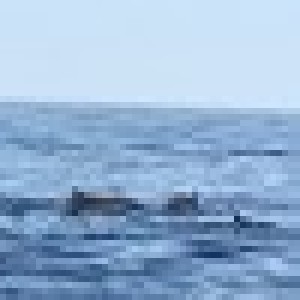 Lorem Ipsum is simply dummy text of the printing and typesetting industry. Lorem Ipsum has been the industry's standard dummy text ever since the 1500s, when an unknown printer took a galley of type and scrambled it to make a type specimen book. It has survived not only five centuries, but also the leap into electronic typesetting, remaining essentially unchanged. It was popularised in the 1960s with the release of Letraset sheets containing Lorem Ipsum passages, and more recently with desktop publishing software like Aldus PageMaker including versions of Lorem Ipsum.

Get The Latest Updates

No spam, notifications only about new articles and products

How to Resign Well

Benefits of a Sabbatical – Musings Three

Should your job be the main provider of your sense of purpose?

How to Resign Well

Knowing how to resign well is an important skill.  You have invested a lot in your career and spent the bulk of your weekly waking

What to expect in a job in 2022 is to be “looked after”. Good working conditions have been redefined recently! So many burned out in

Benefits of a Sabbatical – Musings Three

The benefits of a sabbatical have been huge and unexpected. I am grateful for the time. In my third update on what I am reading

Should your job be the main provider of your sense of purpose?

Should your job be the main provider of a sense of purpose? I am starting to realise now that if my I think my work

Get notified about new articles